SunTracker has developed Cerise365+GreenHouseDesigner™ to automatically model greenhouse and polytunnel structures and materials using only a few basic parameters, such as building dimensions, roof style and glazing materials (Fig. 2), perfect for those not familiar with using proprietary computer-aided drafting (CAD) programs.

The amount of daylight available inside a greenhouse is confounded by additional variables, such as the greenhouse structure, covering materials, and orientation. Potentially, the DLI inside greenhouses may be less than half that of the outdoor DLI.

For horticulturalists, this information is critical.

Cerise365+GreenHouseDesigner™ software also addresses the distribution of daylight in polytunnels, where agricultural films covering the crops both absorb and diffuse the incident daylight. Again, the polytunnel structure, covering materials, and orientation, as well as the geographic location and its weather conditions, determine the DLI available to the crops.

When the monthly DLI within a greenhouse or polytunnel is insufficient for a given crop, supplemental electric lighting is required for plant photosynthesis and growth. This has traditionally consisted of high-pressure sodium (HPS) lamps, but these are being supplanted by light-emitting diode (LED) modules. One reason for this is that LED lighting can be dimmed; thereby providing the minimum amount of required supplemental lighting. Electrical energy for lighting typically accounts for 30 percent of greenhouse operating costs, and dimming can reduce these costs by 60 percent (Watson et al.  2018).

Cerise365+GreenHouseDesigner™ is offered as a software-as-a-service (SaaS) product, where the software resides on SunTracker’s servers and clients access the program through any Web browser, laptop, or smartphone.

This includes direct access to the product data of participating manufacturers of horticultural light fixtures and greenhouse manufacturers.

Cerise365+GreenHouseDesigner™  will address this need. 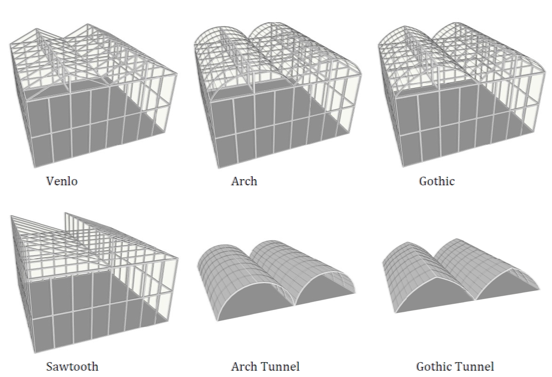 provides software and expertise to the lighting industry as real world solutions to lighting design and engineering problems. HelioSol licenses the Cerise suite of software tools worldwide through an exclusive arrangement with SunTracker Technologies Ltd. SunTracker was founded by the esteemed Ian Ashdown, Senior Scientist, to advance research and develop professional lighting design software for architecture, horticulture, entertainment and health based on over 30 years’ experience in the industry.